For this author, creative endeavors have been sorely tested by motherhood. But also transformed, and in ways she wouldn’t have imagined – couldn’t have, without her life “rewritten” as it has been, by her children. So linger here, to read all things weaverly, writerly and motherly.

A-ZChallenge: T is for Tribute to the Tree Man

You know what it's like trying to talk to someone up a tree, right?

I think back now on that phone call, trying to picture this man, up a tree, having to reach for his phone, while hanging on for dear life with the other hand. I know it's not like that. I'm sure he was safely secured with some kind of cables.

But when I heard he'd died, at 44, that's the first thing I imagined; that whatever safety precautions he'd taken had failed, and he had actually fallen from a tree to his death.

It wasn't like that. He'd been killed by one of his own machines that rolled over him. On a Sunday. When he'd been alone. At his business yard.

This news devastated me, and I'm not sure why. I'd only met him twice. Maybe because I was feeling foolish for recently calling and leaving messages for him. For a dead man. Sure, there are other tree men, but he'd worked for my mother last spring, and had struck us both as upstanding. He actually had sat down and listened thoughtfully to my mother ramble on about her garden and her trees, how at 93, it had all become too much for her to keep up. He'd sipped a cup of her too-strong tea.

In the fall, we'd called him back to assess the damage after Hurricane Irene, fallen cherry trees. I'd walked with him around her wooded yard. He wasn't a talker, as perhaps real tree men aren't. Ones who really have a respect for the majesty of a tree, looking to preserve the health of trees, even to the point of discouraging a customer from cutting down a perfectly healthy if perhaps unsightly tree.

I've gone so far as to look up his obituary. I read there that he had been a lover of nature. So is my mother, an artist, who has spent her life reverentially expressing the natural world. And maybe that's why he had sat down with her on her porch for a cup of tea, rather than running off to the next estimate. Maybe that is why I am in mourning; here was a person that briefly entered the small circle of my struggling elderly mother and her steadfast daughter, offering an innate patience, if not true veneration. As if we were two trees he could assess, one old and losing its agility to sprout new leaves; the other stressed, trying to survive under rather harsh conditions.

He has left behind a wife and four young children. In my mother's yard one of the trees he had reinforced with a wire brace stands strong. I look up now at my own trees, towering maples. At this moment, they are in great relief; their new leaves a brilliant green against an ominous grey sky. I am looking up. Respectfully.

Great writing - I really loved this!

Such a poignant story and tribute.

Hey there, My eyes actually got a little watery reading this. Such beautiful thoughtful writing. Sounds like this man of trees had touched more people than he knew.
- Debbie

I get it now, what you hinted at in your comment. I'm sorry to hear of his passing, which must have been a real shock. I know the feeling about contacting someone and them not getting it. Been through that with Kim, kept wanting to email and chickening out...few weeks later I found out why.

Best wishes to you and your Mum as you work out a way through this.

What a wonderful and thoughtful piece. I'm sure it would please him.

You went right to my soul, and deepened me.

May you find peace.

This is so sad and beautifully written.
Karen

Heartfelt and beautiful. The tree will be a long-lasting representation of his gentle moments with you.

What a sad and hauntingly beautiful tribute. I am sure he would have been pleased. ♥

I find it interesting how some small moments in our lives can make such a big impact. So sorry to hear about the tree man :(

What a lovely tribute to the tree man...he sounded like a thoughtful man! Just stopping by from the Challenge to say hello...

Such an incredible tribute. Amazing the impact he had on you for the very short time you were acquainted with him. I love the respec tyou show him in this piece.

Every time someone dies, it leaves a hole around us.

This is a lovely post, and a small but lovely thing he did for your mother. I can picture my own mother when she was 93 and still able to converse with people over coffee. It's also sad because we've just learned that the city is going to remove a big old maple tree on the roadside in front of our house. It's the only one there, and I can see it out of the bedroom window when I wake up. Yes, half the tree is dead, but I love the part that's still there.

A lovely tribute to your tree man.

Some people just touch our lives and move on, but we don't know that they really have 'moved on'.
There was a man in a wheelchair who came out and sat by the side of the road most days unless it was raining. I passed him three-four times a week over the last five years and I always waved. Sometimes he saw me and waved back.
In early March we had really summery weather and he was out there again. I waved. Then the weather went back to cold.
First week of April it was wet and cold still. But there were flowers outside his house, up against the fence where he sat.
I guess he won't be coming back. I'll miss him.
Thanks for your blog and good luck with the rest of the AtoZ Challenge.

Sandra, this was a real nice post. I especially love the last couple of sentences.

That is a lovely tribute from your heart to his soul.

he sounds like good people; very sad for him to die so young, leaving his family behind.

Promote Your Page Too

My blog has recently been added to Top Mommy Blogs, which is part of one of the largest networks of blog directories on the Web. Please visit my blog's personal page to vote for my blog and comment to other blog users.

Writing on the edge 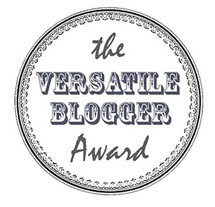 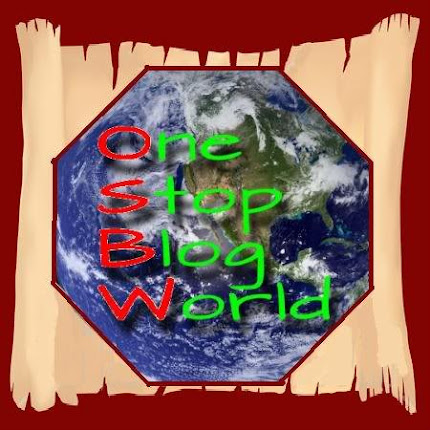 See what's new in my Zibbet Shop! Click box below